LORD Bloody Wog Rolo was an electronics engineer who made his living as an auto-electrician and installed car alarms. He called himself a professional alarmist. Others call him one of Australia's great stirrers.

He is best known for his involvement in BUGA-UP (Billboard Utilising Graffitists Against Unhealthy Promotions), the movement which "refaced" tobacco, alcohol and other billboards it deemed harmful or offensive. He stirred against the monarchy, creating the British Ultra Loyalist League Serving Historical Interests (BULLSHIT) and against racism, founding the Keep Australia Black Movement (KABM).

He drove vehicles painted with graffiti challenging religion, royalty and corporate interests. This led to attention from the police. Not to be intimidated, he responded with slogans against police harassment, so aggravating the situation. 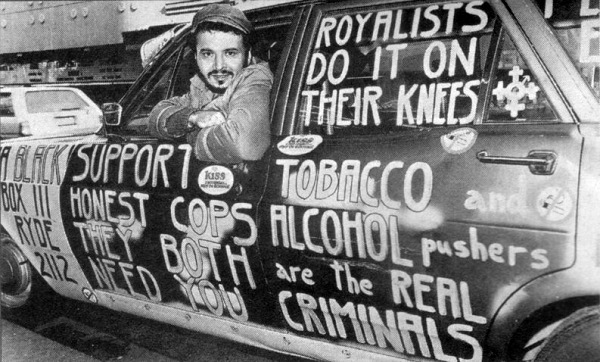 Rolo, who has died from cancer at 62, was born Rolando Mestman Tapier to Alberto Yapur and Juanita Mestman in Argentina. He qualified as an electronics engineer, did national service as a paratrooper in the Argentine Air Force and came to Australia in 1970 because he thought Australia was like Argentina but more democratic.

After becoming an Australian citizen in 1979, he renounced his pledge of allegiance to the Queen, claiming that as a republican he had perjured himself. Many, including the RSL, were offended and called for his deportation. Rolo responded with a one-man campaign against the monarchy. When he wore a sandwich board bearing anti-monarchist slogans to an Australia Day parade he was charged with serious alarm and affront. The charge was dismissed but Rolo would find himself arrested time and again under similar circumstances. 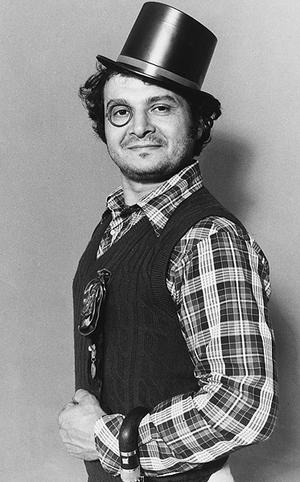 In 1981 he realised that humour was the most effective form of protest and publicly apologised for his past disrespectful behaviour. He changed his name by deed poll to Lord Bloody Wog Rolo. He reasoned that he was called "bloody wog" so often he may as well make it official, deflating it as a racial slur. The "Lord" was added, he said, because supposedly classless Australians were easily impressed by titles.

Rolo scored an early victory for the anti-smoking cause when he sabotaged the trial marketing of cigarette ads on supermarket shopping bags. His protest led to poor customer acceptance of the bags and the store returned to blank bags.

In 1983 he met Rosalyn Anderson, a fellow BUGA-UP er. She was waiting for a lull in the pedestrian traffic to paint a billboard when he started painting. "Hey, that's MY billboard!" she shouted. They both laughed, and the two atheists were married in 1985 by the Reverend Ted Noffs, who commended their struggle against those who push legal drugs.

The now Lord and Lady B.W. Rolo moved to western Sydney and became local celebrities, taking part in community parades and civic functions. They had two children, Alex and Robin, whom Rolo called, at least for a while, Woglets.

BUGA-UP members included Simon Chapman, now a Sydney University professor, and Ian Cohen and Arthur Chesterfield-Evans, who became NSW MPs. The group was formed as a breakaway from the Movement Opposed to the Promotion of Unhealthy Products (MOPUP), which had its inaugural meeting at the city morgue.

Active with many causes, Rolo showed the strength of his convictions by going to jail rather than pay fines. Most people use formal channels to struggle for justice. Rolo revelled in his unorthodox approach. He obtained a driving licence in 1989 while wearing a monocle without a glass in it. His monocle meant his licence was stamped for the wearing of spectacles, although he had 20-20 vision. In 1993 he was charged with not complying with the licence provisions. After scrutinising the monocle, which now had a clear glass lens, the magistrate cut Rolo's fine from $250 to $50.

Rolo had a favourite poster, which showed rows and rows of grey houses, and one painted pink and purple; police were arresting the owner of the coloured house.

The lord and his lady were married for six years until she found that the things that made him an interesting character made him impossible to live with. She later remarried, he liked her new husband and moved to Tasmania to be closer to his sons. Rolo is survived by his children, Alex and Robin, and his friend, Rosalyn.